← Liebster Award
What’s most important in your job search → 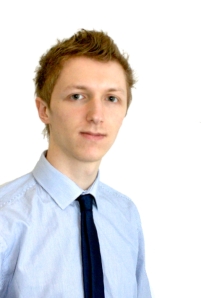 This post was written by Tim, who leads an electronics design team:

Hi, I’m Tim. I graduated college with a Bachelor’s of Science in Audio Electronics and Music Technology (Joint Honours/ Double Major) back in 2009. Since then I’ve been kind of switching back and forth between travelling, working and slowly crunching my way through a couple more degrees (Math and Physics), hopping from one to the next when things started to drag.

But suddenly last year, near the end of a year of studying, everything changed. I fell hopelessly in love. I got married and then dragged my husband along for the ride. (I’m kidding about that last part…well, half kidding.)

Anyway to cut out a bit of less interesting stuff that happened as we tried (and failed) to settle in London, England, we somehow ended up in the Netherlands. So with about 2 months’ worth of savings left, we did what anyone would: got jobs…well, tried to.

Just as I’d given up on the job search and was going to revert to the old faithful “If you can’t find a job, make one,” I kind of fell into the perfect job: working at a start-up in research and development.

So here we are, living in the Netherlands, and I make cool stuff for a living. I’m currently looking for more investment to enhance our research and development budget, which drags a little, but other than that work is amazing.

In terms of aspirations, I guess I’m fairly boring; I just want to save the planet — you know, the usual.

I’m not really sure I’m one to talk about career advice, since I’ve not really had one until now, and the economy has been really shitty.

But as far as life advice is concerned, I can say this: Live it! Don’t just sit around waiting for things to happen, complaining that you’re “bored” and have “nothing to do.”

For more on Tim and his experiences, check out his blog Help! …I’m an EXPAT?

← Liebster Award
What’s most important in your job search →