When you take your career seriously 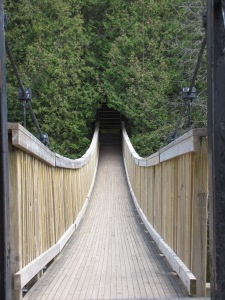 This post was written by Cheryl, whose 20something profile you can read here:

I had a moment, a few mornings ago.

Since I’ve taken my writing far more seriously, a lot of opportunities have been coming out of the woodwork. And I couldn’t be happier about that fact.

I wasn’t taking myself seriously enough in my career and industry, thinking that I didn’t have a degree, so all the opportunities that came my way were just lucky. There is a degree of being in the right place at the right time, BUT that “right place” often finds you working. I took myself lightly, and with a glib wave of a hand, saying “someday” and so, everyone around me listened. Until one day I decided differently and acted differently.

What happens when you treat distant dreams as realistic things that might come true?

Jealousy no longer holds you back. Instead, it feeds you.

Whenever I would see someone else gaining traction or being successful because they were putting in the time to get there, I found myself feeling twinges of jealousy that had nothing to do with the work I was doing. If they did, my work would have been better, but instead it remained nonexistent. What I’ve learned from taking on more writing projects and writing for a few hours at least once a day is that when you’re genuinely doing work you love, you don’t have time for jealously; it’s not because you don’t feel jealous but because your work is so all-consuming that you don’t have the luxury of time to sit around and forecast your downfall.

Don’t get me wrong, I do still feel incredible anxiety before producing anything and putting it out into the world, as it is with many creatives. I’m simply saying that since I’ve taken a professional turn, I’ve begun to act more like a professional and less like a hobbyist hoping to strike-it-rich with one or two ideas.

And yes, there are times where I do look at the work of others and think, “Damn, I wish I wrote that!!!” The best part of this now? Jealousy inspires me to do better and pushes me to write like the people who made me exclaim that while giving me better questions to ask about it. “What could I have done better there? What else do I have to say about it? What did they leave out?” It opens doors in my mind.

I’ve learned that jealousy is part of the human experience, while envy is another story altogether. It says that there’s something about you which is inherently undeserving, which couldn’t be further from the truth. Jealousy is superficial and based on things within our realm of everyday control if we’re using our hands making, shaping, creating and refining. Envy goes deeper and says that at your core there is something lacking that bears no easy fix. Understanding the difference between the two voices makes more of an impact on your work than you know. 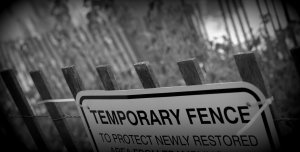 There’s the slow burn of building something satisfying and starting small before growing my ideas, my skills and my platform, and I know that’s not going to happen overnight. It’s sweet to think about the fact that this is the fresh place where I get to make my best mistakes and learn the greatest lessons, and we’ve seen enough tabloid headlines to understand, at a distance, the discomfort of learning when everyone knows your name.

Innocence rests here with you as well, and that feeling of not knowing what’s coming and feeling genuinely surprised at what doors will open is what makes the beginning stages of career building so wonderful. I remember calling my friend up with enough excitement to power the houses within a five-mile radius of my place when I got my first paying feature article.

Your work takes on value. You’re no longer afraid to get paid for what you do.

The moment you see yourself as a professional, providing something of value, something happens.

And just like that, the work you produce improves because you know that you don’t have to make just anything to propel yourself forward. There will be things you do for free, but the freebies become an investment you can see having tangible results or you do them as a favor. Sometimes you’ll do free things for fun too, but the point is that you don’t feel the burden of needing to do them “or else” your career will suffer.

The moment I started getting paid for work, something shifted in the quality of work I produced. I spent more time, took greater care, edited, revised and reviewed with greater pause than I did with the other work. The investment I made in my work got me more paying work because my mentality towards my creations was affected by whether or not I got paid.

There’s a virtue, I’m sure, that’s worth bragging about for doing all of that work for free, but the fact of the matter remains: virtues aren’t going to pay your bills and advance your career. Valuing yourself is just as virtuous as volunteering, perhaps even more so. If you think you’re not worthy, it will adversely affect your work.

You begin to see the staircase.

I used to update my vision board regularly and thought of it as mostly a feel-good exercise in generating momentum.  The truth is that my being such a visual person, it put those goals at the forefront of my mind every single day. When they were sitting in the recesses of my mind, filed under “a nice idea I might do one day,” the chances of actually doing them decreased.

Posted up on my vision board are the names of several prominent magazines, in addition to newspapers and information on the book I’m writing. I have TV shows I will appear on and ways that I look forward to making money and building a career. Many of them have already begun to transpire.

Some are loath to create vision boards because of the bad rap they got from the law of attraction movement, but the reality is that they give you steps, and you start to see how each little step you might have otherwise ignored becomes part of the staircase leading where you want to go. You see exactly how to get to your dream career because it’s no longer this distant thing when it’s in your face every day.

You respect and honor your ambitions.

What have you done this week for your dreams?

We often expect that they will do things for us, and when they don’t, we call it chance or luck. I can say that my success had nothing to do with luck. It had to do with working hard but first with respecting my endgame.

When you respect your end goals, you treat them as though they can actually come true because they become real things; it’s the mark of a true professional. You take them seriously, and the world takes your involvement with them seriously as well.

Respect is not born in tiny offices at expensive schools with giant libraries and tweed suits. You don’t need a fancy education or many years of experience. Degrees and experience are only two of the ways people build trust with you. This is the twenty-something legacy. The real mark of what you can contribute has everything to do with the work you produce.

And yes, you will achieve your dreams so long as you’re consistent. Stay the course because there’s enough room at the top for everyone, but few stick with it long enough to see that.

I used to look at pages on Facebook with thousands of followers and blogs with thousands of readers each month and feel a twinge of jealousy, then I would think more about why my work was somehow inferior, then I would put it on the back burner and not take it seriously because I thought: it’ll take too much time, they must have connections from their industry, I need to become more to contribute meaningfully, etc.

I called it luck of the draw for others, moving onto the next thing instead of sinking my teeth into the one thing in front of me. Is it any wonder my creations and career gained no traction?

Are you taking yourself, your goals and ambitions seriously enough?

Remember the quote: You’ll wish you started today, what you put off until tomorrow.